Our friends in Voices of Broadway, a choir which includes John Biehn, who played John Harris in A Theatre of Our Own, and Wilbur in The Miller and His Men, will be performing tonight (Saturday, January 18th) at 7:30PM at CentreSpace, in the Bishop Cronyn Memorial Church. The show is called Broadway Blitz.

The concert program will include medleys from Oklahoma, JC Superstar, the Little Mermaid and Seussical, among other offerings, and includes many choreographed and off-book numbers. Tickets available at the door, or through the CentreSpace website.
END_OF_DOCUMENT_TOKEN_TO_BE_REPLACED
Advertisement

Opening night of ‘A Theatre of Our Own’!

We had a very satisfying opening night this evening, with people saying awfully nice things about the show. We were also delighted to see write-ups about ‘A Theatre of Our Own’ in  The London Free Press (by Joe Belanger) and the Western Gazette (by Brent Holmes). There are two remaining showings of ‘A Theatre of Our Own’ — on Saturday (Nov 30th) at 2PM and at 7PM. Here are some photos from our dress rehearsals (taken by Dale Armstrong) to whet your appetite!

A Theatre of Our Own, London Assurance, Rehearsals, Uncategorized | 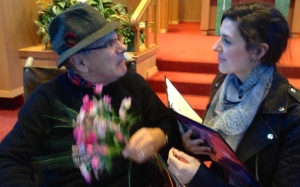 Max Harkaway is a crusty old squire with a heart of gold, especially when it comes to his niece, Grace. Grace Harkaway loves her uncle unreservedly, and tolerates his moods with equanimity. Grace must choose between marrying an elderly gentleman (and keep her estate), and a young dandy (and lose her fortune). Max is worried that Grace will be unhappy marrying for money. Here we see the contrast between Max’s gruffness, as he tries to steer her towards a more suitable match, and Grace’s assurance and tenderheartedness.

A Theatre of Our Own, London Assurance, Rehearsals, Uncategorized |

“A Theatre of Our Own” Hallowe’en costume party

We held a costume fitting for “A Theatre of Our Own” on Hallowe’en. Here’s a sneak peek…

Our friends at StillWaters Productions are re-creating a slice of WWI military musical entertainment this week at the SpringWorks Festival in Stratford. Written by Heather Debling, and directed by Gada Jane, The Maple Leaves tells the story of a soldier seconded to perform with a military troupe of female impersonators in WWI:

1917. Somewhere in France. New recruit Billy Haven arrives eager to kill his first Hun. Instead of picking up a rifle, Billy is ordered to put on a dress and start singing.

​Billy is forced to join The Maple Leaves: a group of soldiers who travel all around the front putting on performances to boost morale. His commanding officer is Captain Ashby, the most famous female impersonator on the Western Front. Although initially skeptical of the men’s efforts, a glimpse of trench warfare soon has Billy embracing his new role as ‘Madeline.’

​Billy and the other men find refuge in the safe space they’ve created, far away from Jerry’s shells and snipers. But as Billy’s popularity grows, a rivalry develops that threatens the safety of everyone in the group.

As the men grapple with their internal demons and traumatic memories of the front, their illusion of safety crumbles, forcing Billy to determine where his duty truly lies.

The Maple Leaves offers audiences a glimpse into this little known side of Canadian military life. Based on the real-life experiences of groups like The Dumbells, The Maple Leafs, and The Y Emmas, the play juxtaposes the horrors of trench warfare with exuberant performance numbers of WWI favourites such as “Your King and Country Want You,” “If You Were the Only Girl in the World,” and “Mademoiselle from Armentieres.”

Garrison Theatricals’ Mark Tovey will be giving a Remembrance Day lecture on Sunday, November the 11th at 2PM at the Eldon House Interpretive Centre. Mark will be theatrically assisted by John Biehn (who played the comic role of Wilbur in The Miller and His Men),  by Roxanne Lutz of Misstorical Fiction, and by writer Erin Moxam. History will be mixed with drama as John, Roxanne, and Erin bring characters from London’s past to life through readings of diary entries, letters, and newspaper reviews. The Londoner Online led with this story on their front page this morning (Remembering the Officers of the London Garrison).

Update: See Roxanne Lutz’s account of the afternoon (with photos!) over at Misstorical Fiction (Playing the Past with Fellow time Travellers). 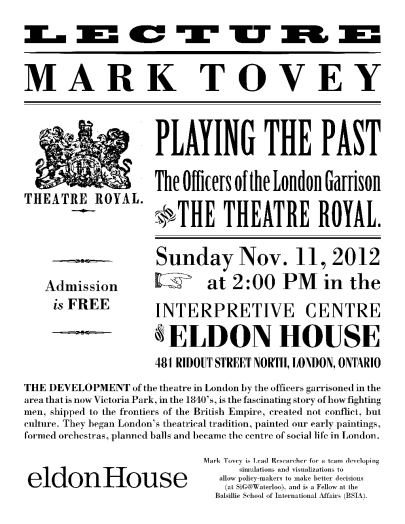 We always love to tell you about opportunities to experience a slice of early London history here at Garrison Theatricals, and here is one of them. Eldon House periodically hosts one of Museum London’s walking tours, the River Walk:

“Eldon House’s highly-regarded River Walk explores the founding of London, historic events such as the Great Flood, and discovers nature in this interactive walking tour around the Thames River.”

(Museum London will be offering six different walking tours on Saturdays in June and July, from 10:30 to 12:00PM, rain or shine).

The Luxury of Wheat 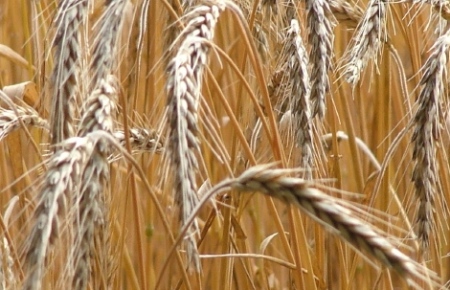 This is the second in an an ongoing series of short posts by Dave Burnett, who trained as a real-life miller, and who also plays the old miller, Kelmar, in The Miller and His Men.

The Luxury of Wheat by Dave Burnett

Wheat was rare in the early pioneer days. A substantial amount of seed wheat that left the shores of Europe did not last on the voyage across the Atlantic either due to spoilage or consumption by the crew and passengers on the ship. As a result, wheat for seed carried a premium making it too expensive for many settlers to buy in volume. Wheat and wheat flour and breads were a sign of affluence and often used as currency to pay mortgages or settle debts.

This Hike will explore the environs of London’s oldest home : Eldon House. Participants will also be lead to the oldest commercial buildings, municipal buildings and settlement sites important to the founding of London. This walk begins at Eldon House.

Eldon House is located at 481 Ridout Street. It is London’s oldest residence, and is well worth a visit at any time (Hours).