Garrison Theatricals is proud to present a play last performed in London, Ontario, in 1842, in a theatrical space similar to the one where it was  originally performed: in a frame barn, surrounded by frame buildings. The play itself has been adapted to be set in London, Canada West following the 1837 rebellion, and to include songs from Gilbert & Sullivan, who might be described as the team that took the musical melodrama to its apex. Paintings of London in the 1840s, painted by Officers who were stationed in London at the time, are projected as scene backdrops, and the broadsides advertising the show were based on careful research, and printed on a period press.

The Miller and His Men by Isaac Pocock
will be performed in the Miller Barn at the Fanshawe Pioneer Village
on July 12th–14th and 19th–22nd, 2011

Researched and produced by Mark Tovey
Directed by Joe Lella 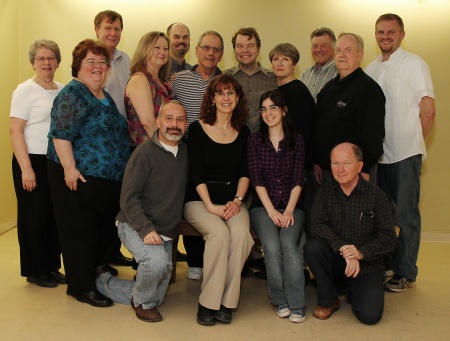 Cast of Miller and His Men for Garrison Theatricals' 2011 Production